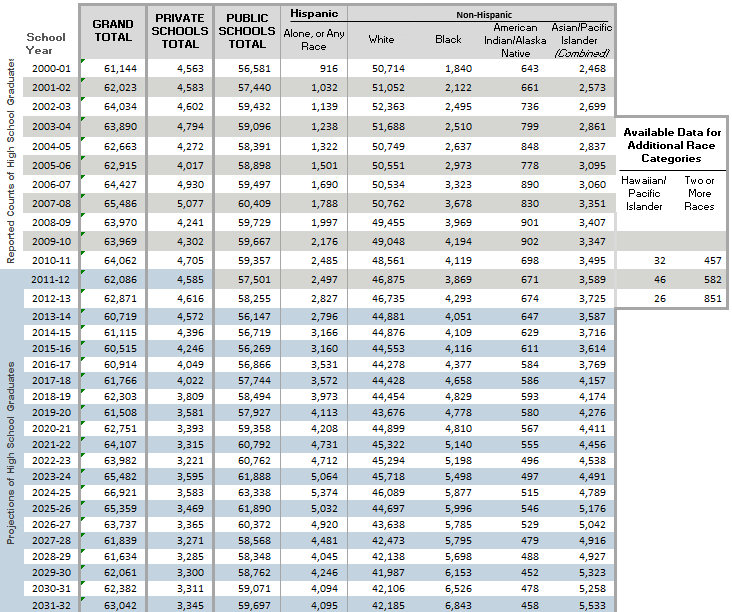 Notes: School Year refers to the K-12 calendar running fall to spring and may include graduates from any point in that school year, including the summer after the year end. The Grand Total is the sum of the Private Schools and Public Schools totals. The Private Schools Total includes schools not supported primarily by public funds, religious and nonsectarian, but not including homeschool students. Private Schools projections begin in school year 2011-12. The Public Schools Total will not exactly equal the sum of the races/ethnicities columns, which are projected separately. Prior to 2010-11, data were not available separately for Asian and Pacific Islander students, and Two or More Races students. Hawaiian/Pacific Islander and Two or More Races counts are displayed separately in the years they were reported for informational purposes, but are included in the race categories in the projected years. For more detailed information, see Appendix C Technical Information and Methodology.