Tracking college graduate employment and wage outcomes has gained national and state importance in light of increasing costs of obtaining a postsecondary education coupled with the student debt burden taken on by a large number of college graduates.

The public can search economic outcomes of Minnesota graduates working in the state. The tool does, however, have some limitations and should be used with caution.

Class of 2010 graduates employed full-time, year-round in Minnesota during 2nd and 4th year after graduation. 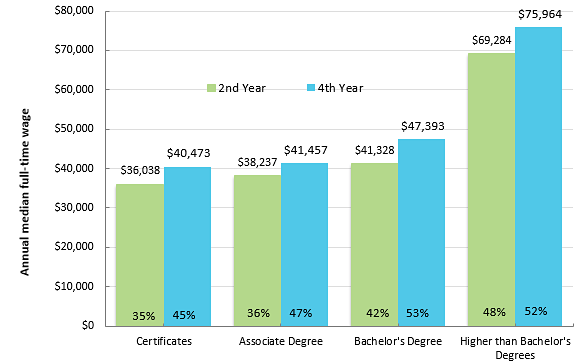 Percent of 72,759 graduates working full-time, year-round after graduation shown at bottom of each bar.


69 Percent of Graduates were Employed in Top 7 Industries 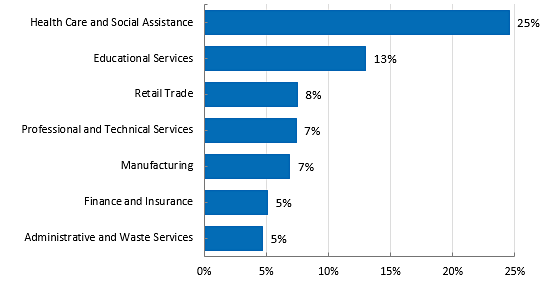 What is Available to Search in the Graduate Employment Outcomes Tool