We often think of college undergraduates as young, recent high school graduates. Overall, this is the norm ‐‐last year, nearly 70 percent of undergraduates eligible for the state grant were dependent students, meaning they were dependent on a parent for financial support. However, nearly a third of undergraduates who were eligible for a state grant were listed as independents last year, indicating that they do not rely on another adult for financial support. This generally means that they are adult learners. Often an overlooked group, student adult learners make up a sizeable portion of our undergraduate population in Minnesota. Many are ‐‐in addition to being college students‐‐ parents, spouses, and employees. Last year about half of these students, just over 23,000 in total, were parents with dependent children. 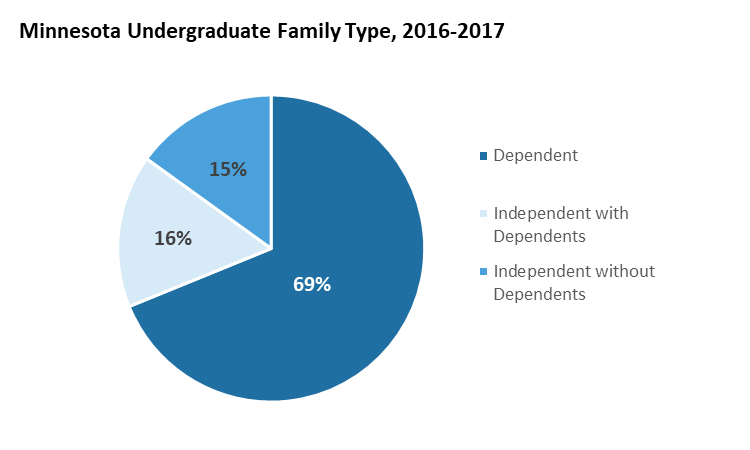 
Age and enrollment of student parents

Many of these older parents face significant hurdles to achieving their education, including parenting demands, work, and ongoing financial obligations. Therefore, it’s not surprising that the majority of student parents attended college on a part-time basis last year, with roughly two-thirds pursuing two-year degrees. 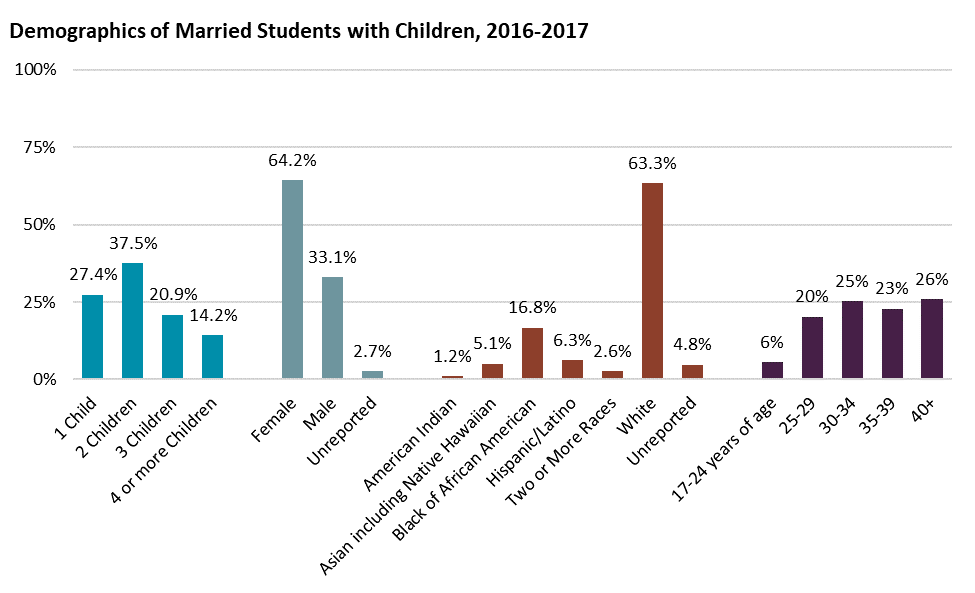 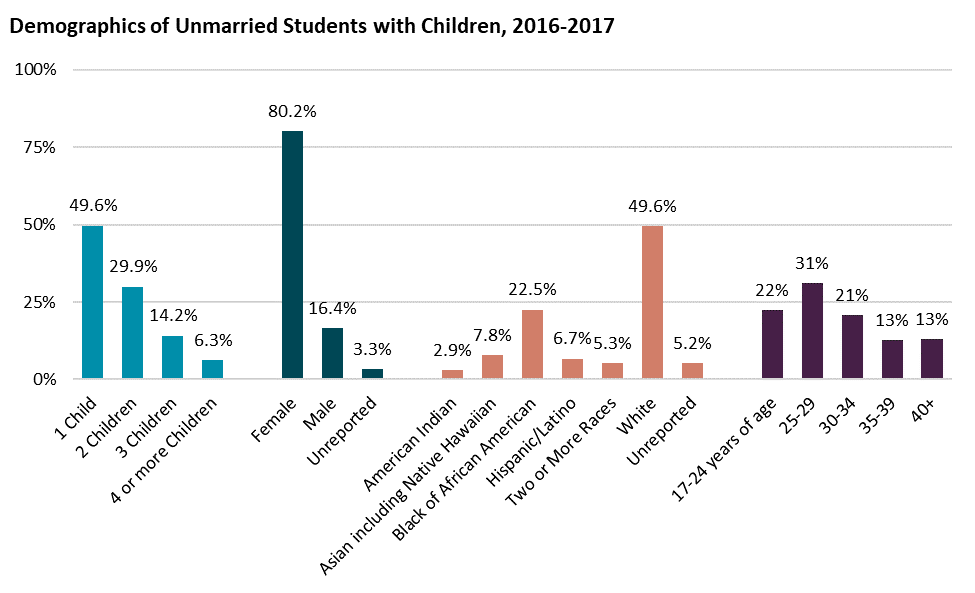 This analysis identified Minnesota resident undergraduates who completed the Free Application for Federal Student Aid (FAFSA) in 2015-2016 and were eligible for a Minnesota State Grant. When applying for financial aid, students are either dependent or independent.

Independent students are undergraduates meeting one or more criteria (age 25 years and older, married, have dependents/children, veteran, active duty military, homeless, former foster care youth, or other eligible circumstances). Students age 24 and younger and not meeting the criteria for independent status are classified as “dependent”.

The financial aid application data on income and family status was matched to enrollment records to include additional demographic characteristics and enrollment activity.